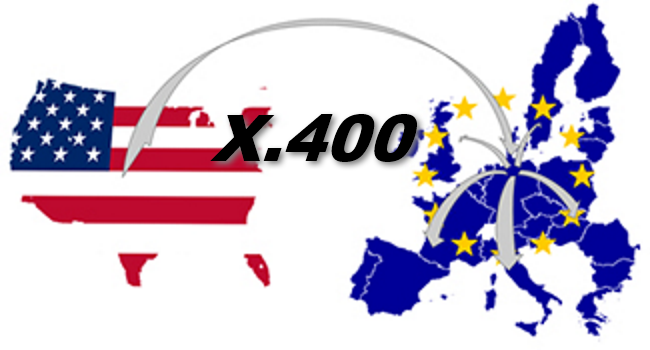 Back in the early 80s, some folks had an idea for global e-mail…no these were not the same folks who were working on the Internet. What these folks delivered in 1984 was the first version of X.400. Never heard of it? Probably not, unless you are using EDI in Europe.

X.400 is basically e-mail on steroids. The addressing is extremely structured, perhaps too structured, for most of us to use. For example, if you wanted to send me e-mail at my X.400 address you would send to:

Try putting that on a business card!

ECGrid and Hubbub seamlessly and transparently incorporate X.400 into your mailbox, providing you with the greatest benefits of the protocol without the complexities. So what does that all really mean?

X.400 topology is very different than SMTP which connects on the fly. With X.400 there are no DNS or MX records and each MTA must be manually configured to connect to other MTAs.

The vast majority of PRMDs subscribe to a single ADMD to which they connect. Then the ADMDs do the routing directly with other PRMDs on its network and with other ADMDs through interconnects.

For the techie curious, check out more than you need to know about X.400 on Wikipedia:

The big X.400 ADMD players in Europe are Deutsche Telekom, France Telecom/Orange and KPN (formerly owned by British Telecom). In the US, ECGrid is an ANSI registered ADMD and maintains interconnects with the above European ADMDs and several other smaller ones.

This allows ECGrid and Hubbub subscribers to seamlessly transact EDI business with their European trading partners – we take care of all the e-mail addressing, packaging etc., so X.400 is transparently part of your mailbox.

Question Poseth to Thy ChatGPT

What is the benefit of electronic data interchange?  Respond as a Shakespearean sonnet 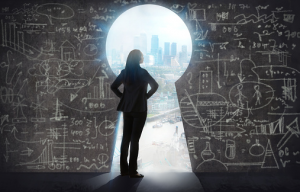 The Future is BRIGHT for EDI, Just ask ChatGPT

We asked ChatGPT the following question: What is the future of electronic data interchange?
The response couldn’t be more aligned with what we believe and understand as the mission for folks like us in the Supply Chain Connectivity space. 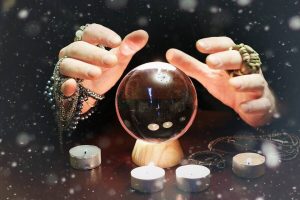 The Innovation section of Forbes’ latest issue presents a summary of Supply Chain predictions by several experts. Using this information to plan areas of focus and investment would be a wise way to prepare for the year ahead.

Is Your Supply Chain Resilient? If Not, Your Shareholders Lose

Resiliency is proven to be a trait that can predict a company’s success during challenging times. McKinsey & Company has dedicated lots of work to